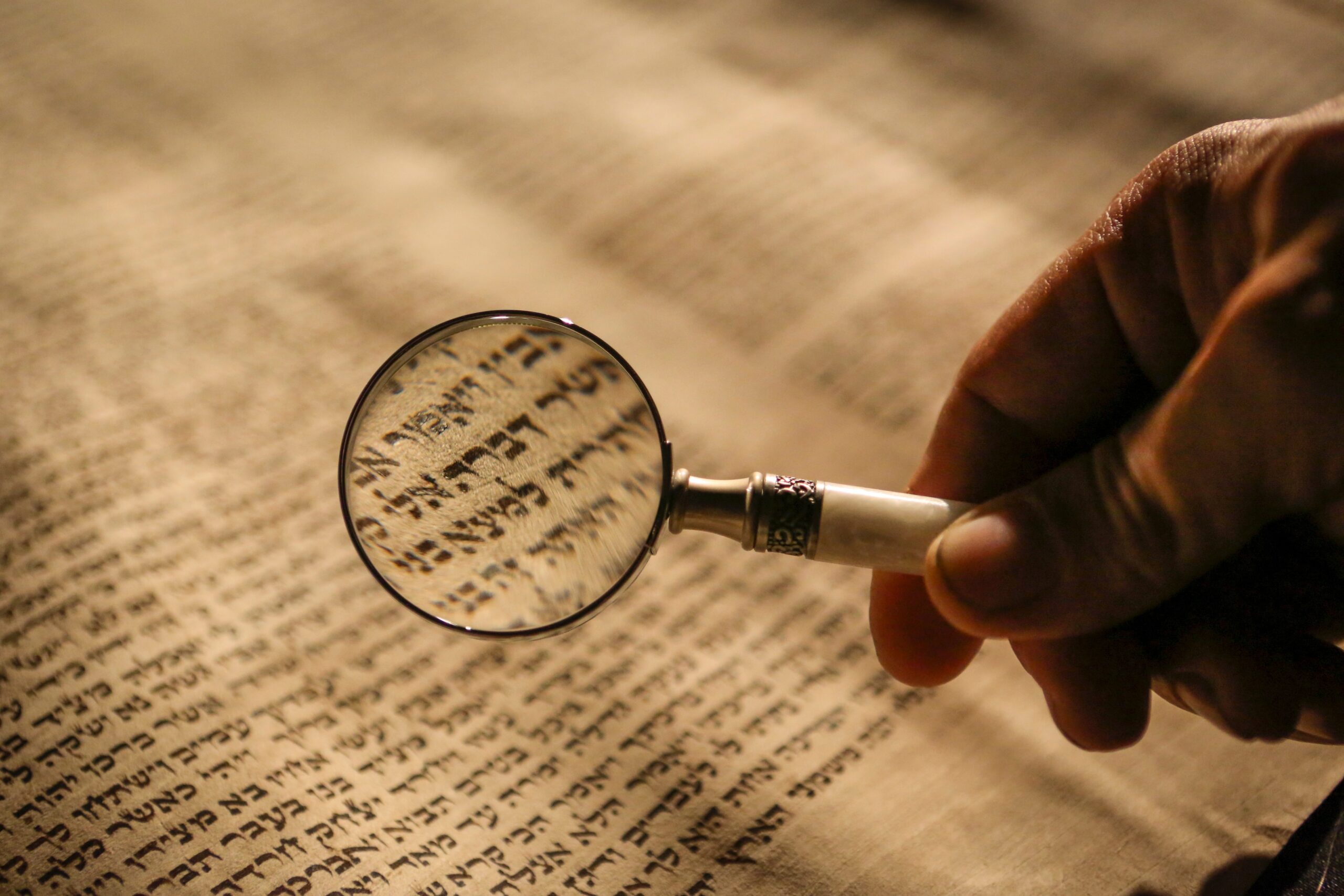 Was Jesus on earth in the Old Testament? Yahshua Messiah, (Jesus Christ) was part of creation right from the beginning.

In many occasions, the Bible talks of the messenger of God, but it is in fact the Messenger of YHWH (God). So, the Messenger, in the original translations will be Yahshua. Messenger with a capital M will refer to Jesus (Yahshua). For example, when Sarai, Abram’s wife, dealt harshly with her slave girl, the slave girl fled. At the well, the Messenger of YHWH found her at the well. He told her to return to her mistress. Then He said: ” I will exceedingly multiply your seed, …”

And the Messenger of YAHWEH
said to her, I will exceedingly multiply
your seed, so that it shall not be
numbered for multitude. (Gen 16:10 HRB)

Now, let us think about this for a while…

If this was an angel that appeared to her, who would give him the right to exceedingly multiply her seed?

Just as Abraham was about to take the knife to slay his son, Isaac, the same Messenger spoke from the heavens:

“And the Messenger of YAHWEH
called to him from the heavens and
said, Abraham! Abraham! And he said,
I am here.”

Who did Jacob wrestle?

In Exodus 3:2, Moses faces a burning bush that is not burnt up.

And the Messenger of YAHWEH
appeared to him in a flame of fire from
the middle of a thorn bush. And he
looked, and behold, the thorn bush
was burning with fire, and the thorn
bush was not burned up!

No man has ever seen YHWH

The New Testament states that no man has ever seen the Father (YHWH) and the Messenger of YHWH is clearly His Son.

20 Behold, I am about to send a
messenger before you, to guard you in
the way, and to bring you to the place
which I have prepared. (Ex 32:34)
21 Be on guard before Him, and
listen to His voice. Do not be
rebellious against Him, for He will not
forgive your transgressions; for My
name is in Him.
22 For if you fully listen to His voice,
and do all which I speak, I will be an
enemy to your enemies, and will be a
foe to your foes.
23 For My Messenger shall go before
you and bring you in to the Amorite,
and the Hittite, and the Perizzite, and
the Canaanite, and the Hivite, and the
Jebusite; and I will destroy them.

Once again, the Messenger here was Yahshua Himself. Yahshua means salvation, and was present throughout the Old Testament.

It was also Yahshua that appeared in the road before Balaam’s donkey:

23 And the donkey saw the
Messenger of YAHWEH standing in
the road, and His sword was drawn in
His hand. And the donkey turned out
of the road and went into a field. And
Balaam struck the donkey, to turn it
back into the road. (Numbers 22:23)

In Judges 6:22, Gideon knew that he was in the presence of Yahshua.

22 And Gideon saw that He was the
Messenger of YAHWEH. And Gideon
said, Alas, Adonai YAHWEH! Because
I have seen the Messenger of
YAHWEH face to face!

In 2 Kings 19 we also see that Yahshua Himself was the mighty warrior that struck and killed a hundred and eighty
five thousand in the camp of Assyria .

35 And it happened in that night,
that the Messenger of YAHWEH went
out and struck a hundred and eighty
five thousand in the camp of Assyria;
and they rose up early in the morning,
and behold, all of them were dead
bodies. (2 Kings 19:35 HRB)

Jesus in The Lions’ Den

It was also Yahshua that shut the mouths of the lions when Daniel and his friends were thrown into the lions’ den.

22 My Eloha has sent His
Messenger, and He has shut the
mouths of the lions. And they have not
harmed me, because in His sight
innocence was found in me. And also
before you, O king, I have done no
harm. (Daniel 6 HRB)

Yahshua also known by the title Melchizedek is called “King of Jerusalem”. Yahshua is the High Priest of the Melchizedek order.

In Genesis 14 we can see that Abraham knew that Melchizedek, king of Salem, was Yahshua. abraham would not thithe to an angel of YHWH.

18 And Melchizedek, king of Salem,
brought out bread and wine; and he
was the priest of the most High El.
19 And he blessed him and said,
Blessed be Abram of the most high El,
possessor of Heaven and earth;
20 and blessed be the most high El,
who has delivered your enemies into
your hand. And he gave him a tithe of
all. (Genesis 14 HRB)

Conclusion: Was Jesus on earth in the Old Testament?

It is clear that Jesus (Yahshua) was present and active on earth right from the start, and these are only a few examples. As you read through the Bible with “new eyes”, you will notice this. Yahshua was active in the Old Testament, but not in human form as in the New Testament. He was born in human form in the New Testament to fulfill the prophecy spoken right on the beginning when Adam and Eve sinned by eating what they shouldn’t have.

15 And I will put enmity between you
and the woman, and between your seed
and her Seed; He will bruise your head,
and you shall bruise His heel. (Genesis 3: 15 HRB)

(Notice the capitals in Seed, He, and His?)

Was Jesus on earth in the Old Testament? What do you think?

You can watch a sermon with more info on Jesus on earth in the Old Testament below:

Make sure to sign up for the Newsletter to stay updated on new posts.

Want to study ministry? Contact us today! I will provide you with more info.

We use cookies on our website to give you the most relevant experience by remembering your preferences and repeat visits. By clicking “Accept”, you consent to the use of ALL the cookies.
Do not sell my personal information.
Cookie SettingsAccept
Manage consent

This website uses cookies to improve your experience while you navigate through the website. Out of these, the cookies that are categorized as necessary are stored on your browser as they are essential for the working of basic functionalities of the website. We also use third-party cookies that help us analyze and understand how you use this website. These cookies will be stored in your browser only with your consent. You also have the option to opt-out of these cookies. But opting out of some of these cookies may affect your browsing experience.
Necessary Always Enabled
Necessary cookies are absolutely essential for the website to function properly. These cookies ensure basic functionalities and security features of the website, anonymously.
Functional
Functional cookies help to perform certain functionalities like sharing the content of the website on social media platforms, collect feedbacks, and other third-party features.
Performance
Performance cookies are used to understand and analyze the key performance indexes of the website which helps in delivering a better user experience for the visitors.
Analytics
Analytical cookies are used to understand how visitors interact with the website. These cookies help provide information on metrics the number of visitors, bounce rate, traffic source, etc.
Advertisement
Advertisement cookies are used to provide visitors with relevant ads and marketing campaigns. These cookies track visitors across websites and collect information to provide customized ads.
Others
Other uncategorized cookies are those that are being analyzed and have not been classified into a category as yet.
SAVE & ACCEPT